Board can rule out fish pedicures, Arizona court finds 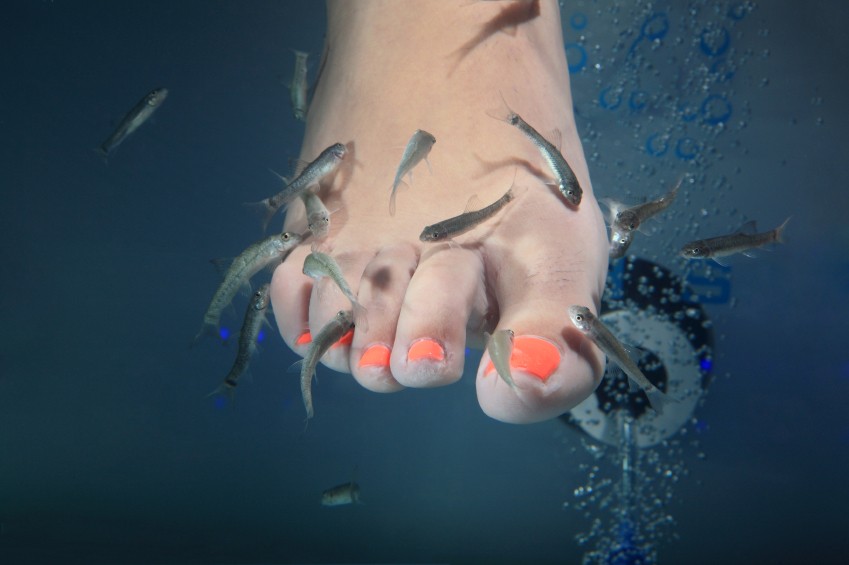 An appellate court in Arizona ruled May 27 that the state cosmetology board may ban so-called fish pedicures, an unconventional method of dead-skin removal in which a customer places a foot or hand in a tank containing fish known as “doctor fish,” which literally eat away dead skin from the customer (Vong v. Aune).

Despite a warning from the state’s cosmetology board, Vong began performing fish pedicures at her business, La Vie Nails & Spa, in 2008. After investigators learned that Vong was providing the pedicures, the board sent Vong a letter explaining that the practice violated board regulations, as the fish were not proper instruments that could be sterilized between uses, creating a risk of disease transfer.

Vong objected, stating that the regulations were written prior to the conception of using the fish in pedicures and were, therefore, not applicable. “Applying rules regarding cosmetology implements to fish is flatly irrational,” she told the court, noting that the fish are not tools which were subject to the sanitization rules.

Although, under pressure from the board, Vong signed a consent agreement acknowledging her violation of the rules, she subsequently brought an action against the board, arguing that fish pedicures were not within its jurisdiction and claiming the ban of the fish amounted to a violation of her constitutional rights.

Eventually, the case came before the Court of Appeals. Judge Margaret Downie agreed with the board. Disagreeing with an assertion by Vong that the fish were a form of entertainment not subject to cosmetology regulations, Downie ruled that the board had properly qualified the fish as a cosmetology tool.

Judge Downie also ruled that the ban was not unconstitutional. “The record in this case reflects that the board made a considered, deliberative decision about whether and how to regulate fish pedicures,” wrote the judge, noting that board staff even attended a national conference on fish pedicures before making a decision.

The deliberations and other evidence at trial showed that the board’s decision was rational and, therefore, constitutional. Vong’s suit was dismissed.

The Supreme Court of the United States refused to hear Vong’s appeal in April 2005.