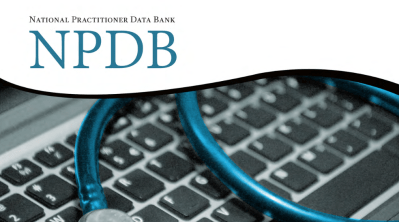 A board’s decision not to rescind a settlement agreement with a doctor, which the doctor said was offered to her without proper disclosures, was affirmed by the Court of Appeals of Iowa, in an August 27 ruling (DeLouis v. Iowa Board of Medicine).

In 2012, the Iowa Board of Medicine alleged that physician Donna DeLouis violated board rules by prescribing phentermine, a controlled substance, to a relative on more than one occasion between April 2009 and February 2012.

DeLouis signed a Statement of Charges and Settlement Agreement for violating the rules of the board on September 21, 2012. She was assessed a civil fine of $2,500 and required to complete an ethics program within ninety days.

Consistent with federal law, medical and dental boards in the state must report to the NPDB (National Practitioner Data Bank) any action based on reasons relating to a physician’s or dentist’s professional competence or conduct. Based on this rule, the Iowa board reported the settlement agreement to the
NPDB.

As a result of the report in the NPDB, DeLouis’s coverage was dropped by her medical malpractice insurance carrier, and without insurance, she was no longer able to practice medicine under her employer.

Furthermore, she claimed that she was not guilty of “unprofessional conduct.”

The board denied DeLouis’s request February 14, 2013, pointing out that DeLouis could have had legal counsel present to consider all of the aspects of the agreement.

In addition, the board stated, DeLouis “should have understood the gravity of the charges given the formal nature of the combined statement of charges and settlement agreement.”

In 2013, DeLouis filed a petition for judicial review of the board’s ruling. The board moved to dismiss based on the fact that DeLouis failed to contest the agreement within 30 days per state law. The district court affirmed the decision of the board, determining that “Dr. DeLouis had been censured and reprimanded by the terms of the settlement agreement citing her for violating the rules of the board and issuing a warning concerning further rule violations.”

The court also noted that under federal law, the board was required to report the terms of the settlement agreement to the NPDB. Dr. DeLouis appealed.

DeLouis asserted that the district court was incorrect to dismiss the petition on grounds of untimeliness since she was not aware of the settlement’s being reported to the NPDB until after the time to file a petition for judicial review had passed.

She maintained that the board hid the fact that there would be a report to the NPDB, which disallowed a petition being filed in a timely manner. Further, DeLouis claimed, other physicians who were investigated for similar misconduct “were not subject to public discipline, nor reported to the NPDB.”

The ruling judge, Judge Thomas Bower, noted that in a similar case a board did not advise a surgeon that it would report his infraction, but that since the report and infraction were deemed to be part of the public record, it did not matter. Bower found that the settlement agreement was a public record and that by law, the agreement must be reported to the proper organizations.

Click here to download the National Practitioner Data Bank (NPDB) Guidebook, which serves as a policy manual and informs the U.S. health care community and others about the NPDB and the requirements established by the laws governing the NPDB.