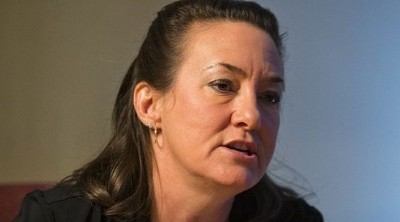 The Arizona state attorney general’s office denied a request by the state’s former medical board director to pay legal fees she incurred from a high-profile 2013 investigation by the state ombudsman.

In a scathing report last October, the ombudsman found that both the director and deputy director ordered state employees to violate state licensing laws. At one point, the director’s actions included reducing license-approval staff to two employees, allowing unqualified applicants to receive licenses.

The former director, Lisa Wynn, filed a Notice of Claim for a $60,000 payment plus legal fees in December, arguing that the allegations in the ombudsman report stemmed from performance of her official duties. But the state AG says the board is not obliged to pay Wynn’s legal fees.

The ombudsman substantiated several allegations that Wynn purposely ignored state laws during an aggressive attempt to streamline the operations of the board.

The board fired Wynn shortly after the release of the report, in October of 2013.

The case came to the attention of state officials after a licensing coordinator from the board filed a whistleblower complaint, accusing the board’s executive leadership of violating the state licensing laws by improperly creating and enforcing expedited licensing procedures in an attempt to shorten license-application processing times.

The coordinator, whose identity was kept confidential by state investigators, was one of six employees to file complaints, and also claimed that law violations, poor management, and staff turnover made it impossible for the board to protect the public from unqualified license applicants.

According to the report of the investigation, when Wynn was asked to explain her seemingly troublesome decisions, she defended them by stating “they addressed a mandate that she perceived state leaders placed on the AMB to operate more efficiently and reduce regulatory burden on doctors.”

In particular, Wynn cited an executive order signed by Arizona governor Jan Brewer in 2012 which extended a moratorium on agency rulemaking in order to “promote job creation and retention” and called on regulatory agencies “to quicken the pace on streamlining existing rules and reducing wasted time in regulatory processes to increase Arizona’s economic competitiveness and job creating.”

Wynn stated that the new expedited policies were superior to the “outdated” state laws which controlled the licensing process.

The state’s report paints a picture of an agency unraveling after its leaders moved to consolidate authority and circumvent state laws.

According to the report, “the board ignored or violated many state laws and licensed potentially unqualified doctors” for a period of a year and a half beginning in September 2011.

State investigators found that, around that time, board leadership ordered license processors to stop verifying applicants’ employment and information from each state in which applicants already held a license, and to stop requesting copies of medical school certificates or any other primary documents, actions which state law required the board to conduct before issuing a license.

In addition, the deputy director of the board assumed sole responsibility for deciding whether to investigate applicants with problematic applications. Claims of board certification made by physicians and published on the board’s website were not verified, simply being posted on the word of the claiming physician.

At one point, board employees were completing the shrunken verification process in as little as three days, down from an average 38 during the period just preceding the changes. According to the state report, turnaround for license applications at other state agencies averaged 55 days.

During this period of unsanctioned deregulation, the board began terminating employees. At one point, it reduced the total number of license processing staff responsible for all applicants for physician and physician assistant licenses throughout the state from fourteen to two, with the most senior remaining staff member having only a year’s experience with the board.

Wynn initially seemed proud of the changes. During a meeting with board staff, the executive director expressed her ambitions for reducing the time needed to process applications.

The board’s licensing manager at the time of the initial changes, Suzann Grabe, was fired shortly after implementing the first stages, and a second licensing manager resigned when Wynn and her deputy director would not agree to abide by a policy that complied with state laws. One employee alleged, in a complaint, that many employees were terminated because they objected to the new policies.

In November 2013, six former employees, including Grabe, the licensing manager fired shortly after the implementation of the new procedures, filed legal claims against the board, arguing that Wynn fired them in an attempt to hide the improper licensing procedures

“We are going to be the premier licensing board”

Wynn was quoted as claiming: “We are going to be the premier licensing board. Other states are going to look at us and go, ‘What the hell, they’ve got four full-time staff for 21,000 docs and look at how effectively they do licensing!'”

Among the violations the ombudsman’s office found that the medical board committed under Wynn’s leadership:

In all, the ombudsman substantiated 19 of the 20 allegations made against the board (see sidebar). Faced with an extended period of inadequate vetting of licensees, the Ombudsman’s office recommended a review of every license granted by the board since fall of 2011.