What is the National Practitioner Data Bank? 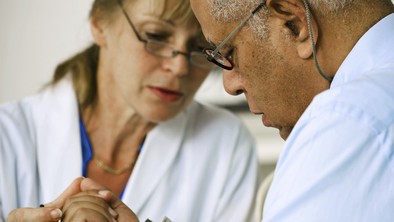 According to the U.S. Department of Health and Human Services, the National Practitioner Data Bank (NPDB) is a federal information repository dedicated to improving health care quality, promoting patient safety, and preventing fraud and abuse.

The NPDB is a federal government program that collects and publishes negative information on health care practitioners, such as malpractice awards, loss of a license, and exclusion from participation in Medicare or Medicaid.

Access to NPDB information is not available to the general public, but is provided to hospitals, health care employers, professional societies, state and federal licensing and certification authorities (such as medical, dental, and nursing boards), and agencies or contractors administering federal or state health care programs.

Individual healthcare practitioners can obtain access to their own records. This information is available in some cases to litigants. Researchers may obtain statistical but not individual data.

Eligible entities must report medical malpractice payments and other reportable actions to the NPDB within 30 calendar days of the date the action was taken or the payment was made. However, an entity’s failure to make a timely medical malpractice reporting does not preclude the NPDB from collecting such a report beyond the 30-day time frame.

The NPDB administers a dispute procedure, which allows a licensed healthcare professional to challenge:

The Dispute Resolution process does not include reviewing:

Healthcare professionals can be impacted significantly by reports made to the NPDB. This is especially true when an NPDB report is made available to licensing boards, hospitals, professional societies, and prospective employers when seeking employment or staff privileges, licensure, certification, or accreditation. Regardless of whether the NPDB report is good evidence of a licensed healthcare professional’s competence or quality of patient care, the report alone can have a stigmatizing effect on the practitioner’s reputation.

It is vitally important that licensed professionals be aware that adverse actions in which they are involved may be reported to the NPDB. It is always in the licensed healthcare practitioner’s best interest to engage a lawyer because any resolution of adverse actions could require a NPDB report.

More information about the National Practitioner Data Bank is available on its website.