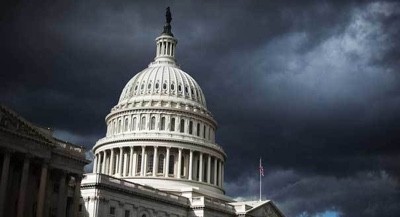 The traditional appointed board model for regulating the professions has been a fixture of state government for well over a century. But new models of delivering services, plus a pro-competition climate at the state and federal level, may be threatening the classic regulatory structure.

The February 25 U.S. Supreme Court ruling in North Carolina Board of Dental Examiners v. Federal Trade Commission surprised many in requiring that board members who are “market participants” have clear state supervision in making decisions affecting competitors. Board members who are members of the profession being regulated can’t have state action immunity for their actions without a state supervisor, the court said.

But what exactly this means in practical terms is up in the air. In June, FTC Commissioner Julie Brill told Modern Healthcare magazine that the FTC plans to offer guidance to states on how to meet that standard Meanwhile, three consumer advocacy groups joined forces to alert states that the ruling calls for a re-thinking of current policies and procedures. They sent a joint letter to all 50 state attorneys general, maintaining that the states must change the way they conduct professional licensing.

The May 4 mailing, entitled “Open Letter of Inquiry and Request for Documents,” refers to the “critical practical significance” of the Supreme Court’s decision, which said boards with “market participants” lose their antitrust immunity if not actively supervised by their state.

Although the case involved the state board’s attempt to shut down non-dentist teeth-whitening operations, the decision renders unlawful what has become common regulatory practice across all 50 states, said the Center for Public Interest Law, Consumers Union, and the Citizen Advocacy Center.

Since virtually all state boards are directly controlled by members of the trade or profession they purport to regulate, the advocacy groups say state attorneys general should notify members of boards and commissions that their decisions might expose them individually to criminal and civil liability under federal antitrust law.

The groups also argue that states must now recognize the implications of this ruling and change how they regulate and license professions and trades. Either the composition of these boards must be changed to a super-majority of nonconflicted “public members,” or all actions of a board dominated by active market
participants must be subject to a state supervision mechanism that “provide[s] ‘realistic assurance’ that a non-sovereign actor’s anticompetitive conduct ‘promotes state policy, rather than merely the party’s individual interests.’”

“State bars controlled by attorneys rarely discipline for excessive billing or intellectual dishonesty,” the groups pointed out in their letter. “Each of the many agencies within your state is empowered to carve out momentous exceptions from federal antitrust law, and those decisions in particular require a level of independence from the implicit focus of current practitioners.”

The Supreme Court ruling is already having an impact on the regulatory community. Suits alleging antitrust violations are on the rise, placing greater pressure on courts to adapt to an evolving occupational licensing climate.

Some, such as David Swankin of the Citizen Advocacy Center, praise the decision, contending that the ruling will help make boards more neutral and cognizant of the consumer. But others, such as the American Dental Association, have been highly critical; in a press release, the ADA called the Supreme Court ruling “a violation of established law.”

Dale Atkinson, an attorney who has been working in the regulatory field for 27 years, representing numerous associations of regulatory boards in occupational licensing, believes that the Supreme Court ruling needs to be met with a degree of caution.

“There’s concern about an overreaction to the opinion,” Atkinson said, “and that there may be a legislative or political knee jerk reaction that is undertaken by the politicians, which I think would be a mistake.”

Atkinson considers the letter sent out to state attorney generals by the Center for Public Interest Law, the Consumers Union, and the Citizen Advocacy Center an example of hysteria, calling the letter “rather alarming.”

The letter focuses on a lack of “active state supervision,” which in turn, allows active professionals on state licensing boards to act in a fashion that does not serve the public’s best interest,” he contends.

Atkinson ridiculed the letter’s “scare-mongering.” He contends that everyone on a licensing board is a consumer.

“That letter is somewhat saying ‘oh, all the boards are operating unlawfully’, etc. Of course that’s just not the case. Most of the boards will probably have to do nothing because they have sufficient state oversight. In my world, everybody is a consumer member that sits on the board. Some happen to bring expertise to the board as licensees. And that’s needed; that’s necessary in order to efficiently and effectively regulate a profession.”

Atkinson did concede that a few boards might have to modify policies in the wake of the ruling, and that it could have a significant impact on the regulatory world of licensing. In fact, two recent legal cases were spawned by the Supreme Court ruling.

In the first case, the Texas company Teladoc sued the state medical board over new rules restricting telemedicine. Teladoc claims the board’s new rules were instigated because the board saw telemedicine emerging as a competitive threat.

Teladoc, which recently won an injunction against the rules, contends that the same lack of oversight and anti-competitive behavior the Supreme Court found in the North Carolina case is occurring with the Texas Medical Board.