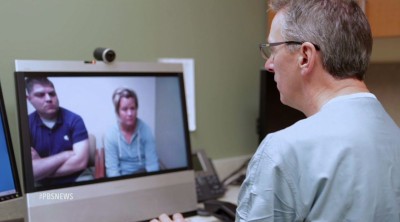 Physicians would suffer irreparable harm if forced to comply with new Texas rules requiring face-to-face physical examination of patients prior to prescription of any dangerous drug or controlled substance, the U.S. District Court for the Western District of Texas held May 29 (Teladoc, Inc. v. Texas Medical Board).

The ruling, a win for advocates of telemedicine, included a preliminary injunction against Texas Medical Board rules adopted April 10 that require a “defined physician-patient relationship,” including a documented physical examination, before certain drug prescriptions.

Under the enjoined rule, examination would have to be performed in either a face-to-face visit or in-person evaluation requiring the provider and patient to be “in the same physical location or at an established medical site.”

The company Teladoc registers individuals either by telephone or online and allows subscribers to upload their medical records, then receive a phone consultation by a physician who has received specialized training in treatment and diagnosis by telephone.

Teladoc brought suit in 2011, after receiving a letter from the medical board stating that the board considered the company to be engaging in prohibited practices. After the state Court of Appeals found the board’s letter procedurally invalid, the board formally adopted new rules April 10.

Teladoc then filed an action charging that the board’s New Rule violated antitrust law as well as the Commerce Clause of the Constitution, and seeking a preliminary injunction preventing enforcement.

The federal court ruled that Teladoc’s challenge succeeds under both “prima facie” and “rule of reason” antitrust analysis. Teladoc’s evidence, said the court, “shows the average costs of visits to a physician or emergency room are $145 and $1,957 respectively, and the cost for a Teladoc consultation is typically $40.

The court considered evidence offered by the medical board including a study performed in California which found that Teladoc physicians are unable to use visual cues to aid in diagnosis and that Teladoc’s model could actually further fragment health care. However, Teladoc provided an affidavit from one of the two researchers who conducted the study stating that the medical board mischaracterized his conclusions.

In sum, the court found, “[Teladoc has] presented significant evidence which undermines the [board’s] contention that the quality of medical care will be improved” by the telemedicine restrictions.

In imposing the injunction against the rules, the court noted that Teladoc had shown specific evidence of the financial harm it would suffer, likely including destruction of its business model and ability to do business in Texas. The medical board presented “only anecdotal evidence” of possible harm, the court said, while Teladoc produced evidence that consumers will face higher prices for medical care as well as reduced access. The balance of respective interests of the parties and the public, the court concluded, weighs in favor of a preliminary injunction against the telemedicine curbs.