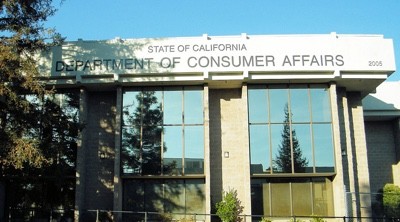 The California Medical Board, through Executive Director Kimberly Kirchmeyer, investigated Dr. Geoffrey Phillips, a licensed psychiatrist, based on an allegation that he had a sexual relationship with one of his patients, A.M.  After her therapy with Dr. Phillips ended, A.M. divorced her husband, S.M.  S.M. then filed a complaint with the Medical Board alleging that Dr. Phillips and A.M. had a sexual relationship during her treatment.  The Medical Board issued a subpoena duces tecum to Dr. Phillips requesting A.M.’s medical records.  He refused, and both he and A.M. objected to disclosure of her medical records.  The Board then petitioned the trial court to compel production.  After reviewing the records in camera, the trial court denied and dismissed the petition, and the Board appealed.

The Court of Appeal affirmed, explaining that although the Medical Board has the authority to issue subpoenas when investigating a physician’s misconduct under Government Code section 11181, this subpoena power is limited by the psychotherapist-patient privilege and A.M.’s constitutional right to privacy.  Accordingly, the Board was required to establish a compelling state interest supporting her demand for production of A.M’s medical records.

The Court of Appeal acknowledged that the Medical Board established a “valid and significant” state interest in ensuring patients’ safety and investigating doctors accused of sexual misconduct with their patients.  Indeed, it is unprofessional and criminal misconduct for a psychotherapist to have sexual relations with a patient (including former patients whose therapy ended for the purpose of engaging in the sexual relationship, unless they have been referred to an independent therapist)—regardless of the patient’s consent.  Nevertheless, the Court of Appeal affirmed the order denying production of A.M.’s medical records because the Board had access to other evidence regarding the inappropriate relationship and A.M’s medical records were unlikely to document the relationship.  Moreover, the court noted that the trial court had reviewed the records in camera and determined A.M.’s privacy interests outweighed the Board’s interest in production, and there was “no reason to second-guess the trial court’s conclusion.”  The Board also argued that production should be compelled because (1) records sought in connection with a disciplinary investigation are not privileged pursuant to Business and Professions Code section 2225, subdivision (a), and (2) she had a compelling interest in production based on “transference” (a phenomenon in which a patient falls in love with her therapist).  The Court of Appeal held that the Board had waived both arguments by not adequately presenting them to the trial court.  Finally, the court held that the “in-issue” exception to the psychotherapist-patient privilege (in Evidence Code section 1020) did not support production because it applies only when the holder of the privilege (i.e., Dr. Phillips or A.M.) places the protected material at issue themselves.