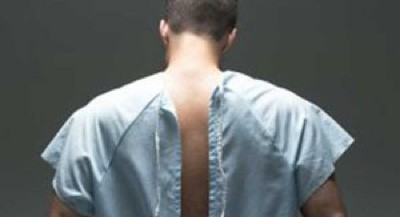 Ophelia Lee had been licensed as a nurse for seven years when her employer, Eden Medical Center, began to doubt her mental fitness for nursing practice. Lee was examined by five mental health professionals, two of whom concluded she suffered from delusions that impaired her ability to safely function as a surgical nurse, and three of whom found no such impairment.

Two years later, the California Board of Registered Nursing (BRN) ordered Lee to undergo a mental health evaluation as part of its administrative investigation into her fitness to practice as a licensed Registered Nurse (RN). Lee did not attend the evaluation and the BRN issued an Accusation seeking to revoke her license. After a hearing at the Office of Administrative Hearings (OAH) before an Administrative Law Judge (ALJ), the BRN revoked Lee’s RN license on solely because she failed to undergo the ordered mental health exam.

Lee’s lawyer challenged the BRN’s decision in the Superior Court of California under an administrative writ of mandate. Her nursing board license attorney argued the BRN’s order of a mental health evaluation was a violation of Lee’s constitutional right to due process, and an invasion of her constitutional right to privacy. The trial court rejected these arguments, finding in favor of the BRN. Lee’s attorney appealed.

The California Court of Appeal affirmed the trial court’s decision, holding the BRN is authorized by the Nursing Practice Act (Bus. & Prof. Code § 2700 et seq.) as well as by the more general statute applicable to all licensed professionals in the healing arts, California Business and Professions Code sections 820-822, to require the psychological exam.

California Business and Professions Code section 820 authorizes licensing boards governing the healing arts professions to order physical and mental examinations where impairment of the ability to safely practice is apparent:

Whenever it appears that any person holding a license, certificate or permit under this division or under any initiative act referred to in this division may be unable to practice his or her profession safely because the licentiate’s ability to practice is impaired due to mental illness, or physical illness affecting competency, the licensing agency may order the licentiate to be examined by one or more physicians and surgeons or psychologists designated by the agency.  The report of the examiners shall be made available to the licentiate and may be received as direct evidence in proceedings conducted pursuant to Section 822.

Business and Professions Code section 821 establishes the failure to comply with an order for examination to be grounds for discipline:

The licentiate’s failure to comply with an order issued under Section 820 shall constitute grounds for the suspension or revocation of the licentiate’s certificate or license.

Where impairment is found, Business and Professions Code section 822 allows the licensing board may revoke, suspend, place on probation, or take other appropriate action regarding the license:

If a licensing agency determines that its licentiate’s ability to practice his or her profession safely is impaired because the licentiate is mentally ill, or physically ill affecting competency, the licensing agency may take action by any one of the following methods:

(a) Revoking the licentiate’s certificate or license.

(b) Suspending the licentiate’s right to practice.

(c) Placing the licentiate on probation.

(d) Taking such other action in relation to the licentiate as the licensing agency in its discretion deems proper.

If you are ordered to a physical or mental health examination by your healing arts professional licensing board in California, consult with an experienced and knowledgeable professional license defense attorney to fully understand your rights and obligations given the unique facts of your situation. Early legal intervention almost always results in improved outcomes because preventative and proactive strategies can often be deployed for your benefit rather than reactive ones.