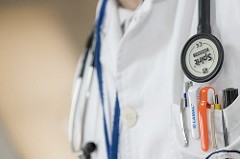 An appellate court in California overturned a license revocation issued to a doctor who had accepted several thousand dollars in disability insurance while working for another employer (Pirouzian v. Superior Court; Medical Board of California, Real Party in Interest). In its June 29, 2016, decision, the court cited several mitigating factors and held that the revocation did nothing to either protect the public or rehabilitate the affected physician.

The case began in August 2006, when Amir Pirouzian, M.D., a pediatric ophthalmologist, took a medical leave from his employer because of problems with depression. After an examination, a psychiatrist certified that Pirouzian’s ailment left him temporarily disabled, causing Pirouzian’s insurer to begin providing disability payments.

Pirouzian was eventually cleared by his psychiatrist to return to work part time. However, in 2007, Pirouzian took a position at a Kaiser Permanente hospital in Santa Clara, but did not inform his current employer, who concurrently placed him on unpaid medical leave, his psychiatrist, or his insurer.

In fact, Pirouzian went so far as to intentionally mislead the insurer, telling it that he had been visiting family out of country and omitting any information regarding his pay from Kaiser Permanente on his insurance forms. As a result, he continued to receive disability benefits from his insurer while simultaneously being paid by his new employer.

Pirouzian’s insurer eventually discovered this double status, which led to the filing of criminal charges for insurance fraud. Faced with the charges, Pirouzian repaid his insurer, agreed to pay $5,000 in restitution to the state Department of Insurance, and pled guilty to a misdemeanor of delaying a public officer in the discharge of official duties. In return, the prosecutor handling his case dropped more serious charges. The misdemeanor conviction was eventually expunged.

Several years later, in 2013, the Medical Board of California filed charges against Pirouzian, based on the conduct that led to his conviction. After hearings, the board revoked Pirouzian’s medical license. The physician appealed.

In his appeal, Pirouzian argued that the Medical Board of California had abused its discretion when it decided to revoke his medical license. The court, in an opinion written by Justice Frances Rothschild, agreed.

Although the board’s highest priority is the protection of the public, Rothschild noted, it also has a secondary priority that states that discipline should aid in the rehabilitation of a licensee. “In this case,” Rothschild wrote, “the Board’s imposition of the maximum discipline of revoking Dr. Pirouzian’s license to practice medicine is inconsistent with these priorities because it was not necessary to protect the public and did nothing to help make Dr. Pirouzian a ‘better physician.’”

Several factors mitigated in Pirouzian’s favor. His actions, she noted, were primarily intended to preserve the possibility of employment at his original place of work, and no patients were harmed. His offending actions occurred during a discrete period where he suffered from severe depression, and his record was otherwise unblemished. Nothing, Justice Rothschild concluded, indicated that Pirouzian would be a danger to the public.

In addition, the board’s disciplinary record indicated that more serious offenses were met with much smaller disciplinary sanctions. And the Administrative Law Judge who conducted Pirouzian’s hearings repeatedly stated his belief that Pirouzian had not received adequate criminal punishment for his actions. The court accepted these statements as evidence that the revocation was improperly intended to punish Pirouzian.

With the revocation decision overturned, the court remanded the case to the board to determine another punishment.