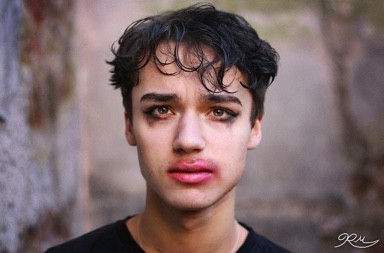 California’s statutory ban on the practice of sexual orientation conversion therapy by licensed mental health provider has withstood another set of legal arguments made by opponents of the ban, who continue to claim that the ban violates First Amendment religious and free speech rights (Welch v. Brown).

Welch is the latest iteration of an ongoing challenge, by mental health licensees, to a 2012 California statute that prohibits licensed mental health providers from engaging in “sexual orientation change efforts” – also known as “conversion therapy” – with minor patients. In an earlier case, Pickup v. Brown, the court held that the law, as a regulation of professional conduct, did not violate the free speech rights of practitioners, was not overly vague, and did not impose on parents’ rights vis-á-vis their children.

When claims were rejected by a lower court and judgment entered on behalf of the state, the plaintiffs sought appeal, and the case went up to the U.S. Court of Appeals for the Ninth Circuit, which issued an opinion upholding the lower court’s decision August 23, 2016.

This argument did not persuade the judges of the court. Citing the earlier opinion, the court noted that the prohibition applied only to licensed mental health professionals acting within the counselor-client relationship, and encompassed only therapeutic treatment, not expressive speech.

“Notably,” wrote Judge Susan Graber, “Plaintiffs are in no practical danger of enforcement outside the confines of the counselor-client relationship.” The state, she continued, has rejected any interpretation of the law that would encompass other relationships, such as that of the clergy acting in the position of a religious counselor.

Because the law affected only licensees and “does not regulate conduct outside of the scope of the counselor-client relationship, the law does not excessively entangle the state with religion.”

In a similar argument, the plaintiffs claimed that the law inhibited the religious rights of minor patients seeking conversion therapy with religious motivations.

However, although the court acknowledged that a law aimed solely at those with religious motivations would raise constitutional issues, it concluded that the bill encompassed minors who sought the therapy for myriad reasons, including “those who do so for secular reasons of social stigma, family rejection, and societal intolerance for sexual minorities.”

Further, while in creating the law, the legislature cited documents that acknowledged that many people who seek conversion therapy are religiously motivated, lawmakers also cited numerous documents and findings that made reference to non-religious motivations for seeking conversion therapy. The court said the question would be best left to the legislature to resolve.