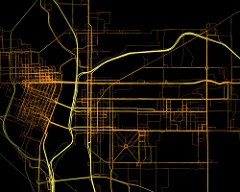 A company did not engage in the unlicensed practice of engineering when it used a GPS device, or geographic positioning system, to locate and map the location of equipment of a local utility, a Pennsylvania court held May 24, 2016 (Southeastern Reprographics v. Bureau of Professional and Occupational Affairs). The court reversed a decision of the state engineering and land surveying board.

In 2006, the Davey Resource Group (DRG), formerly known as Southern Reprographics, was hired by a rural electric distribution cooperative in Pennsylvania to create an inventory of the cooperative’s electric system field inventory. To accomplish this task, DRG employees fanned out across the several counties in which the cooperative operated, physically locating the equipment and marking their locations on a map using GPS technology.

This activity brought the company to the attention of the State Registration Board for Professional Engineers, Land Surveyors and Geologists, which determined that the company, not licensed for surveying work, had improperly engaged in an “engineering land survey,” an activity that requires such a license.

DRG appealed, and the case went up to the Commonwealth Court of Pennsylvania, which issued a decision by Judge Bonnie Brigance Leadbetter.

On appeal, DRG argued that it had neither engaged in the practice of land surveying, which requires measurements for the purpose of setting property or boundary lines, nor performed an engineering land survey, which is done for the purpose of construction or for developing land. By simply locating the equipment of the electric cooperative, the company argued, it had done neither of those restricted acts.

The court agreed. The “practice of engineering,” the judge wrote, “is limited to the application of the mathematical and physical sciences for the design of projects involving buildings, structures, machines, equipment and … engineering surveys … performed in connection therewith” (Italics in original).”

Construing the relevant provisions of the law for the first time, the court ruled that this definition also encompassed engineering land surveys, which are limited to licensed engineers and land surveyors. Such surveys are performed as part of an engineering design project. As such, the mapping done by DRG did not fall under the practice of engineering or land surveying and, therefore, did not require a license.

“Otherwise,” continued Judge Brigance Leadbetter, “the use of GPS by a taxi driver to locate the address of a particular building would constitute an engineering land survey.”

The board was in error when it determined that the company had engaged in the unlicensed practice of land surveying, the judge concluded. “DRG’s field inventory was not performed in connection with the design of any of the items listed in [the engineering statutes], nor performed in connection with a land survey . . . Rather, DRG was simply locating, inventorying, and documenting” the cooperative’s equipment.